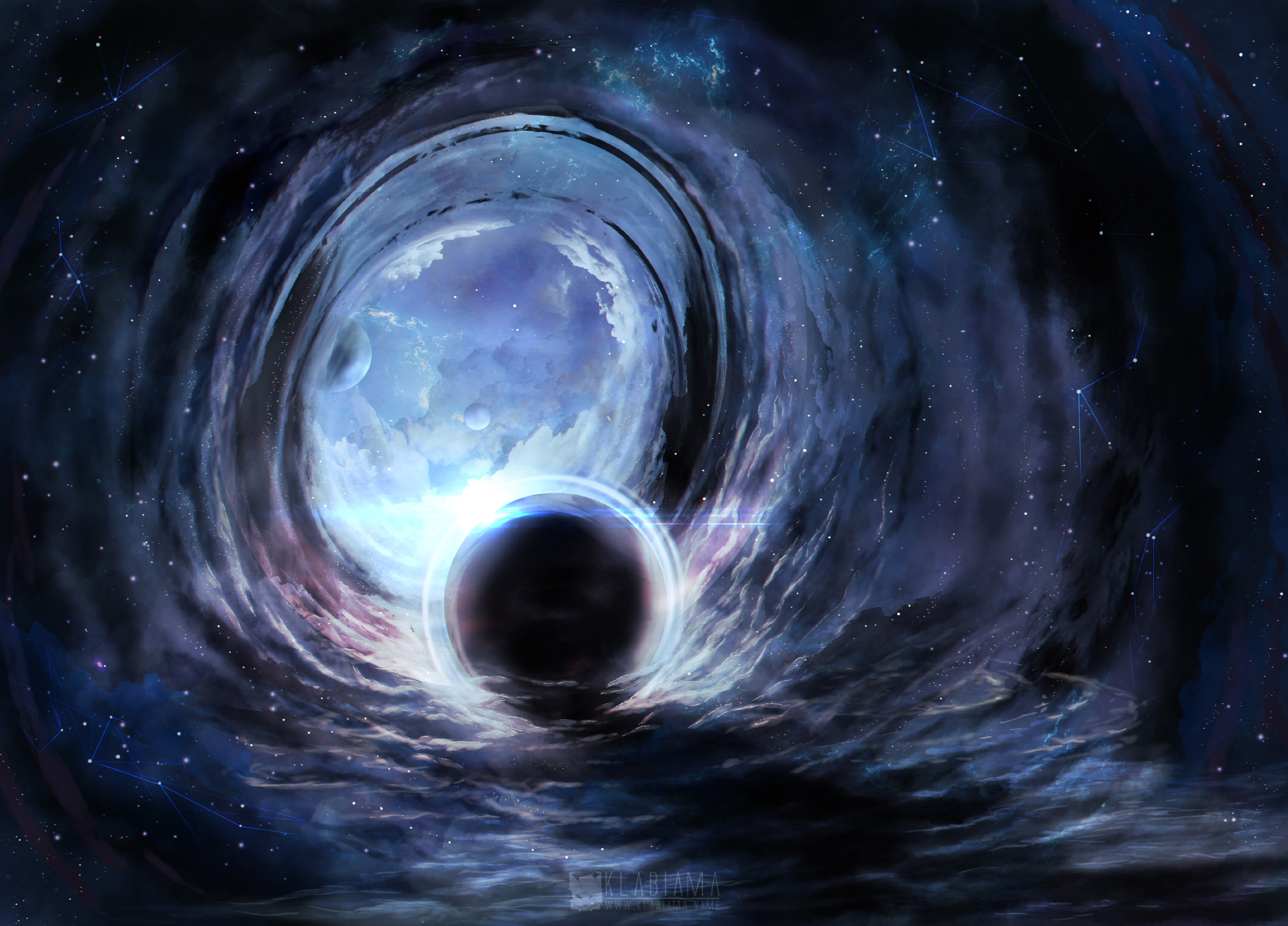 Tanagar is as distant as it is close to its worlds, it is here, right above your head, but no matter how much you reach out, you can't reach it. It is the boundary separating Chaos from the rest of the world; not even Adam can see beyond Tanagar. This world simultaneously resembles the familiar Universe and at the same time embodies something different and unnaturally beautiful.

The image of Tanagar is an invention, Adam's fantasy, a place he created for himself so that he could always take refuge in it, find his peace, and here he and the moon are immersed in sleep. Adam has no right to change the space of other worlds, but he can change Tanagar, even while asleep.

If you try to imagine Tanagar specifically as a place, it looks like a shore, black with equally black water, which is actually crystal clear and transparent, where light waves wash over the cosmic sand, and nebulae, worlds, galaxies alternate on the horizon.


*Universe is capitalized, as it implies "all things," as well as living things. Adam, as a character, and the Universe, as a phenomenon, are one and the same. 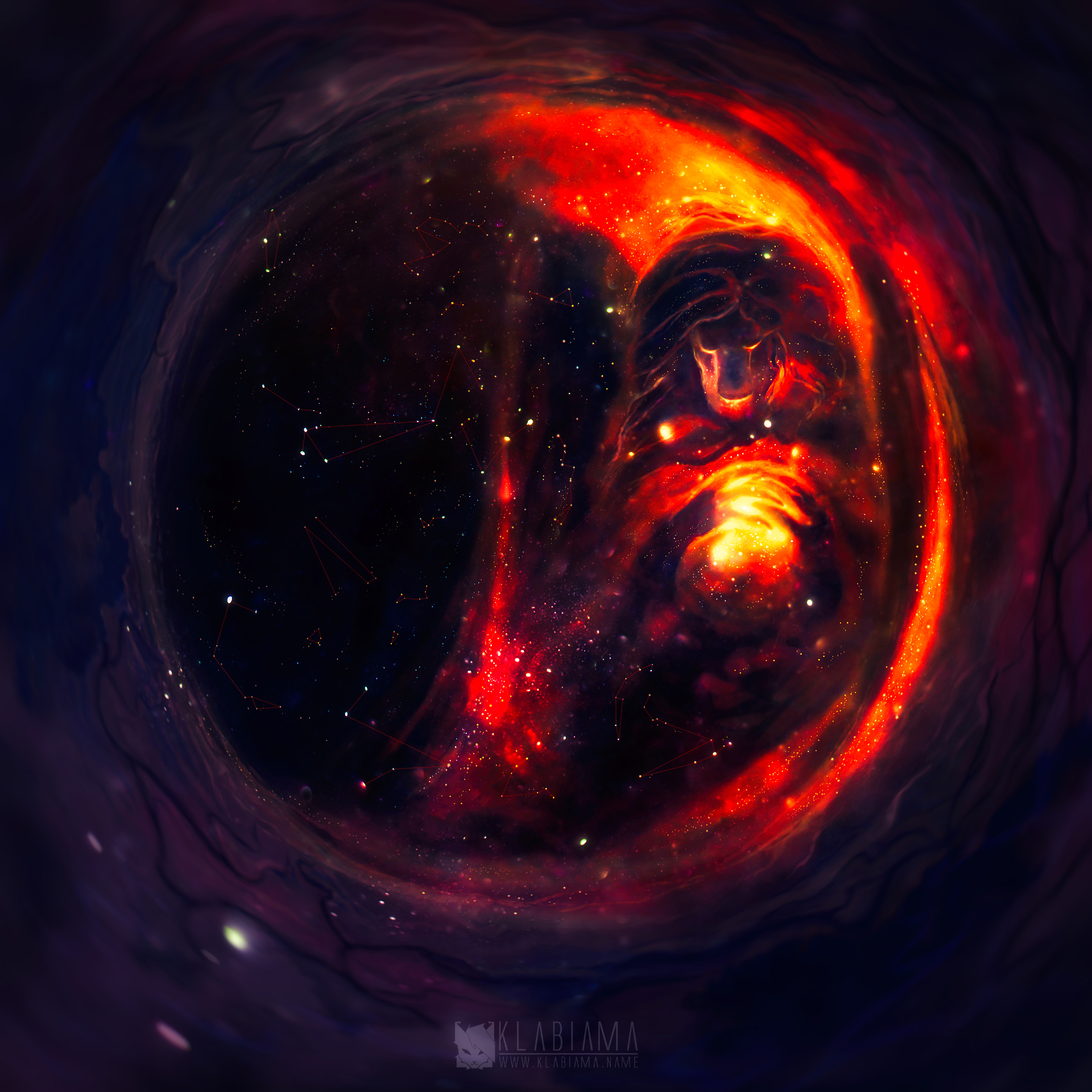 Concept of the World
The name of the world comes from the name of its final horizon, Tanagar. Within Tanagar is the Universe, which has its own consciousness - Adam.

Despite its unimaginable infinity, the world still has boundaries and a closed form in which time is eternally flowing. The size of this form is colossal and no creature has time to reach its borders, as the Universe will complete its phase and be reborn, starting the whole cycle all over again.

Theoretically, Tanagar can be imagined as a toroid, within which time moves in a spiral, reaching two points where rebirth takes place. This cycle cannot be stopped, the entire Universe along with its worlds will begin its life anew, all events will be repeated.

Those beings that can influence time will distort the course of events, but in the incredibly long way these events are erased. Any change in time is like a second flash that altered events and as it fades, events emerge on the path they were meant to take. On the scale of the beings who changed the course of events, the changes may last hundreds, thousands, or even millions of years, but for the entire life span of the Universe, this is insignificantly small.

Time travel involves jumping from spiral to spiral, since time repeats within the entire toroid, then any event of the Universe is available at any time interval. Because worlds and beings often intersect in spirals of time, generate many different events that form the diversity of the Universe - a multiverse interpretation. Thus a single Universe, in which the same laws of nature apply and which are characterized by the same world constants, may contain many of their different states. Practically no one in Tanagar implies its existence. In the same way, no one can fully explore the Universe, so its entire life cycle is a self-discovery of itself through worlds, living beings, phenomena, whatever they may be. All of this is part of the Universe and that is how it lives.

The Universe - Adam - can take its desired form at specific points in space, it requires a certain expenditure of energy, and its appearance can influence its surroundings without even wishing to do so. But since the Universe is homogeneous, most living beings do not feel this influence as something special; it is as natural as anything in this world. The Universe is connected to everything in it, and by the end of the cycle, this interconnectedness becomes most apparent as worlds die one by one just as the Universe fades away on the shores of Tanagar.

Through Adam, beings can interact with the Universe in a way that is familiar to them, for not everyone is capable of recognizing that his entire environment is alive and that even he himself, a part of that environment, is part of a vast organism.